As a bona fide nerd, I have endeavored to develop a working knowledge of many things.  My brain is chock full of knowledge relating to various topics including physics, genomics, engineering, general science, gardening, science fiction trivia and Monty Python dialog (strange women lying in ponds distributing swords is no basis for a system of government... okay it's mostly Monty Python dialog).

In the process of accumulating this odd collection of information, there are a handful of things that took me to a place where I thought to myself, "that can't possibly be true," followed by an "OMG" moment that made me marvel at the true wonder of our universe.  One of those things was quantum mechanics, which is pretty interesting, but not the topic of this post.  The other is the human genome and how it operates and interoperates at a cellular level in each one of us, every minute of every day.

For those of you who haven't looked into this topic, there are some great primers (listed at the end of this post) and there is a great book by Matt Ridley called 'Genome' that, while not really a science book, is an interesting read.  Chapter 12 will blow your mind. 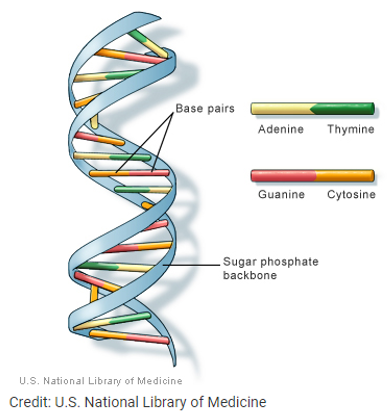 In a nutshell, every human being is made up of cells, trillions of them.  In almost every cell, there is a nucleus and in that nucleus is a collection of 23 chromosomes.  These chromosomes are made up of strands of Deoxyribonucleic acid or DNA - in the form of a double helix.  Each of these strands contains a collection of chemical bases: adenine (A), guanine (G), cytosine (C) and thymine (T).  These bases bind to each other, A with T and C with G to form base pairs.  The string of these base pairs, between a start indicator and stop indicator, is called a gene.  A subset of these genes, less than 2%, are periodically transcribed into messages and expressed out of the nucleus into the machinery of the cell.  These are referred to as coding DNA or exons.  The rest of our DNA (98%) is referred to as non-coding DNA or introns.

The process where exons are read and transcribed into proteins is referred to as expression.  In this process each set of three nucleotide pairs or codons is translated into one of 20 amino acids.  These amino acids are strung together and ultimately fold themselves into a protein.  These proteins make up the human body and drive one or many functions which allow us to operate as a living organism.  The exome represents less than 2% of our genetic information.  As for the 98% of non-coding DNA, much of what it does is still a mystery.  This entire collection of genetic information is called the genotype.  How it manifests in us over time is called the phenotype.

Ghost in the machine 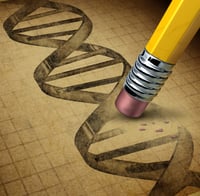 As a simple country programmer, I know source code when I see it.  Our genetic information is the source code for our body's operating system. When I first started looking in to genomics I was pretty amazed, impressed and pleased to know that Mother Nature is a programmer.  Imagine if we could understand our own source code. If we could understand and effect this programming, we could cure all disease, heal countless injuries and perhaps even avoid death entirely.  Don't like how tall you are? Need to lose a few pounds?  Always wanted to have a beak?  There's an app for that.  Scary thought.

Genomics in Healthcare IT

In healthcare, for all intents and purposes, we engage in the study of the phenotype.  A patient's height, weight, gender, problems, lab results, etc are all expressions of the phenotype.  It is the result of the genotype engaging with the patient's behavior and environment.

Today we are just starting to leverage genomics at a very high level.  Often we examine a person's DNA and look for known single nucleotide polymorphisms or SNPs (pronounced 'snips').  These SNPs act as genetic markers that become associated with a given phenotype (disorder, disease or trait).  Often this correlation is done by deductive reasoning.  By examining populations of patients with a certain phenotype and looking for SNPs that they commonly share.  Sometimes they are done by examining how the gene is expressed and what role the resulting protein has in the system. 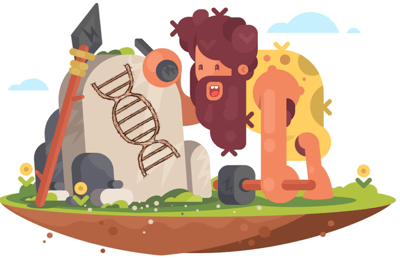 In healthcare informatics we are just scratching the surface of how to use genomic information.  As patients get their DNA sequenced, we look for known markers and based on which markers are found we predict diseases, identify future health risks and assess likely pharmacogenomic effects, to name a few use cases.  We incorporate these markers into our decision logic as observations, similar to demographics or known comorbidities.  As of the date of this post, there is no de facto standard terminology for genetic markers, though many potential nomenclatures can be found at the NCBI Human Genome Resources page.

How we incorporate genomic data into our clinical reasoning will continue to evolve.  This is an area we are keenly interested in at Clinical Architecture.  Not just genomics itself, but how we identify genomic patterns, curate knowledge and incorporate that into the process of providing decision support at the point of care.  This high level primer is intended to act as a foundation for other genomic topics that we will be talking about in future blogs.  If anyone else has any great links about this topic please share them in the comments!

A fun YouTube video by Stated Clearly called 'what is DNA and how does it work?'.

A YouTube video by yourgenome called 'From DNA to Protein'.

TED talk by Drew Berry - 'Animations of unseeable biology' shows an animation of cell replication at a molecular level that is amazing.